The Raptors had lego head pics on them!! 😆 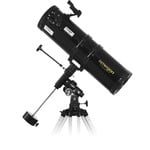 Until now, ESA published new pictures from its flagship mission Rosetta just weekly. The board of Raumfahrer Net e. V. now demands a more frequent publication. This open letter is directed to scientists of ESA, DLR, the Max-Planck-Institut for Solar System Research and other institutions.

Update 26 July 2014
ESA just announced that it will now publish a daily picture of comet 67P. We are very happy about that decision. We hope this also will be the case after Rosetta’s arrival on August 6. Right now we are crossing our fingers for the approach to the comet. Good look, Rosetta!

Update 17 July 2014
ESA just published a reply to our letter where the agency tries to explain its position. We are happy that they initiated a dialogue.

Rosetta`s mission will be the space event of the year. On August 6 the European spacecraft is about to orbit a comet for the first time. Unfortunately Europe`s space agency ESA did not yet publish many pictures of the comet itself, 67/P Churyumov-Gerasimenko. Therefore Raumfahrer Net e.V. (the non-commercial German society running this website) publishes this open letter:

We really value your work. We are not only interested in space. We are hobby space geeks addicted to all information from space including new images. When something happens we want to be as close as possible. We follow every rocket launch on NASA TV. We download raw images of Curiosity to render anaglyphs or panporama ourselves. We do not want to compete with researchers. We could not compete with you and your colleagues. We just like the feeling to be a part of science.

Dear Mr. Sierks, on August 6, the space event of the year will start. We will follow every orbit of Rosetta around Churyumov-Gerasimenko. We will cheer and – in case of problems – tremble. ESA tries to accomplish something unique which nobody has tried before. We know of the risks of space and approve them even though they cost a lot of taxpayer’s money. We understand that a Mars rover slowed down by rocket engines is as inevitable as trying to orbit a comet and land on it.

But we do not understand the current public relation policies of institutions like ESA, DLR or MPS. We are bothered by your current policy hiding many images from the public over months. We are worried that just a tiny fraction of many gigabytes of images will reach the public immediately when Rosetta arrives at 67P in August.

From our point of view such a constrained release policy stands for public relations from the last millennium.

Back then, it was sufficient to hand out a few images to handpicked journalists who then printed them on their front pages. Today Rosetta will be traced by millions of people over the interactive web. They not just want to learn from the mission in realtime. They got used to it: Raw images from Cassini, Opportunity or Curiosity are published on the web as they are available. On the other hand, Rosetta’s team has published just small appetisers until today. Compared to American missions Rosetta (and especially its camera experiments) takes place behind closed doors. The public is just allowed to look through a keyhole.

We understand that scientists of international missions compete with each other. We understand that not all raw data can be published online. You and your colleagues have been working for years on experiments which now have to bear fruit. We acknowledge the needs of a compromise between the interests of the researchers and of us, the interest of the open minded public.

But what we expect is that ESA, DLR, MPS and other institutions are open towards compromises at all. We wish that more images are made available shortly in rather uncritical mission phases like today while Rosetta is just approaching the comet. The current practice of presenting new images on a weekly basis is unbearable. We demand that low resolution images of less scientific value will be made available in realtime after Rosetta’s arrival, like it is done by the Mars Express’ webcam. We demand that competition between single cameras onboard Rosetta (OSIRIS and NavCam) does not lead to a retention of images – as recently stated by Rosetta`s project manager Fred Jansen.

Dear Mr. Sierks, we represent a great deal of the space-interested public in Germany. The web portal Raumfahrer.net is visited by 5000 people daily. This exceeds the page impressions of DLR and the German ESA website. We represent a smaller fraction of international space fans. But US fans are also concerned about your PR policy. We wish that the teams of the camera experiments onboard Rosetta and Philae find a way to integrate the public better and more frequently. We promise that this will not harm space science. It is only together that we can convince the broader public that a billion Euro for a comet mission is well invested. Today, you reach much more people by having a well-informed fan community than by presenting a nicely illustrated newspaper front page. That is our promise.

Mr. Sierks, we keep our fingers crossed for Rosetta’s approach at the comet. We hope that the mission will inspire as many people worldwide as the moon landing and more recently Curiosity’s descent on Mars did. We fear like you that the interest in space could decline. We should try to avert this. Releasing Rosetta’s and Philae’s images in realtime would really help to reach that goal.

The board of Raumfahrer.Net e. V.

This letter is adressed to mission scientists and mission staff: